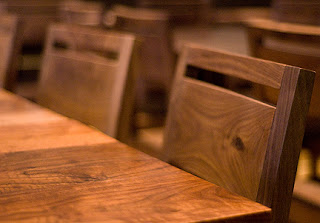 Despite my optimism, the Speck project crashed and burned shortly after this post, and never opened.  But if you are curious about what it might have been, these pix might give you an idea..

You can keep up with Shola's activities at his website: http://www.studiokitchen.com/

At last, one of the most eagerly anticipated Philadelphia restaurants in years, Speck, the long-awaited showcase for the enigmatic chef Shola Olunloyo, seems to be finally on the verge of opening.

After many rumors over the course of several years, a few false starts, and a couple of  overly-optimistic estimates of an opening date, the project has understandably generated a bit of skepticism.  The folks at Speck are certainly not alone in experiencing delays before opening, or in being bad at predicting bumps in the road...  it's become a bit of a sport among the local foodies to guess when the new place by (insert random chef's name here) will actually open, as opposed to their  projected dates, but this particular journey has felt especially long.

So what's the real opening date? I honestly don't know, but after a recent look around the space, it's inconceivable to me that it wouldn't be pretty soon: the restaurant looks ready to go, and I couldn't help but get the feeling of being in a race car revving its engine at the starting line. It's sleek, beautiful, with a lot of powerful tech under the hood, just waiting for the starter's flag to get waved. 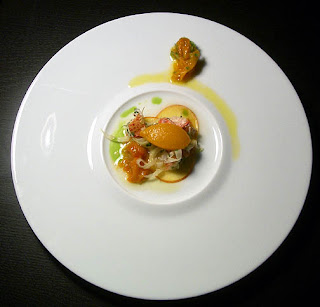 Shola Olunloyo is best known for StudioKitchen, a private dining experience that combined the elegance of haute cuisine, the experimentation of an avant-garde testing/tasting lab and the exclusivity of an underground speakeasy. The small private dinners held under that name featured high-end ingredients, innovative cooking techniques, novel combinations of flavors, and close interactions with the chef. In addition to creating great food, those events offered a rare glimpse into the creative process itself.

I was lucky to have had the opportunity to attend many StudioKitchen dinners, most of which were documented in what became an epic communal thread on eGullet.org. Those events still rank among the best dining experiences of my life. The intimacy of the communal table, the interaction with the chef, the exhilarating array of wines that generally were brought to accompany, all contributed to be sure, but the main attraction was the food itself. 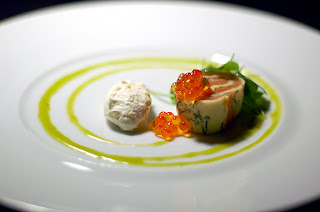 I would periodically step back and try to make sure I wasn't confusing the thrill of membership in an exclusive club of sorts, for actual culinary excitement.  I found it reassuring to get confirmation from fellow diners who had traveled great distances to partake in the StudioKitchen phenomenon. No, they'd assure us, we Philadelphians weren't basking in some misplaced local pride, weren't merely under the influence of some sort of culinary reality distortion field; these visitors assured us that there was indeed something special going on. Any dining experience is the sum of many parts, but the food at StudioKitchen was the star, and a bright one. 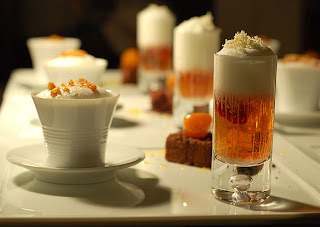 Despite a widespread sadness among SK insiders over the prospect of losing this intimate experience, everyone knew that Shola's ultimate goal was to open a restaurant, and a more  commercial venue would certainly offer some advantages too.  It was no small undertaking to get a reservation and to organize a StudioKitchen dinner, and so the prospect Shola's cooking being more accessible has been quite appealing. 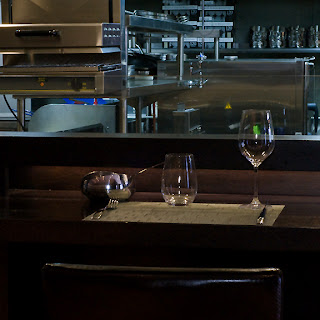 The good news is that Speck will retain much of the appeal of the original StudioKitchen, perhaps even improving upon it in some ways.  The main part of the restaurant will have an a la carte menu, from which one can choose one's own array of starters, soups salads and main courses, as one would do at any contemporary restaurant. But within Speck, StudioKitchen lives on. There are eight seats along a counter that overlooks the open kitchen. At that counter, a wide-ranging tasting menu will be served, featuring the kind of creative and innovative cooking that StudioKitchen was and is all about. A quick scan through the StudioKitchen blog will give you a sense of the kinds of techniques and ingredients one is likely to encounter.

Personally, I'm looking forward to both aspects. On one hand, it will be great to be able to have the StudioKitchen experience without having to wrangle an entire table full of companions, or find an open date in the first place.  (Of course, it remains to be seen how difficult it will be to score a reservation at that counter, the plan is for those seats to be reserved and pre-paid via the StudioKitchen website, and it's easy to imagine those limited seats being hard to book, but it's bound to be at least a little easier than the original! )

But I'm also looking forward to the less-intense Speck dining: just sitting at a table and ordering a few items from the menu. I haven't seen the final version of it, but some early prototypes were very appealing, featuring  a wide variety of items that ranged form casual snacks to formal entrées. It will surely be a very different thing than the sequence of polished jewels that is a Studio Kitchen tasting menu, but the ingredients and techniques share the same aesthetic, and the overall style should be familiar. 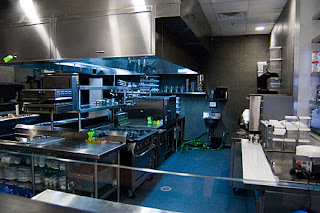 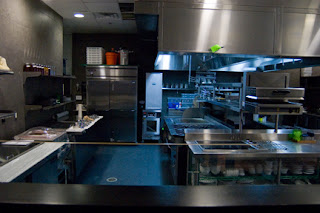 I'm keeping my fingers crossed that I'll find the occasional opening at the SK tasting counter, because in many ways this new set-up could be even more interesting to obsessive foodie types like me than the old set-up was. Seated on stools looking directly into the kitchen, one will get to observe the preparation of not only the multi-course tasting menu, but all the food for the entire restaurant.

It should be quite a show, there's some amazing equipment back there, and watching the cooks in action should be better than any Food Network program! The food that came out of the tiny, basic kitchen of the old SK was so good, the mind boggles at what Shola, and his talented staff, will produce on this state-of the art equipment. And it should be fun to watch too... 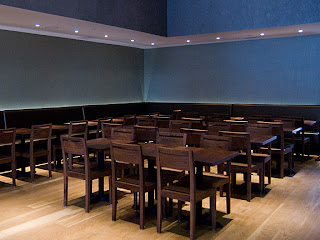 Even the adjoining dining room will share in the energy of the open kitchen - but the feel is otherwise quite serene. StudioKitchen regulars will recognize Shola's spare, clean style, expressed in subdued tones and warm woodwork. There may be fewer of the obsessive collections of ingredients and equipment than used to be on display in the old SK, but I'd be surprised if that aspect was completely absent!

But the overriding aesthetic tone is one of serene minimalism, which extends to the bar (still in the process of being stocked in this photo) featuring more of that dark wood. That area will almost certainly be more than just a waiting area for the restaurant, I expect it to be a prime spot for an innovative cocktail, or perhaps even a quick bite, offering yet another way to experience the food.

And lets not forget that the excitement IS about the food...  Shola seems to have become a controversial figure around Philly, and on the internet as well, but there's really no debate about his skills: the dude can cook... 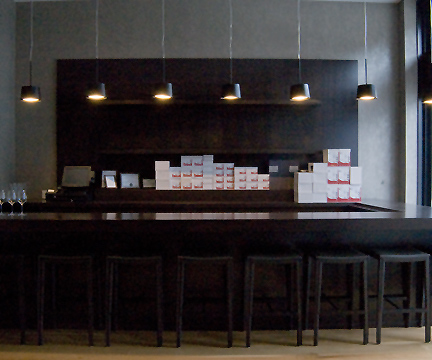 Except, I guess we'll have to, hopefully for just a little while longer.  I promise to post updates as I hear them.