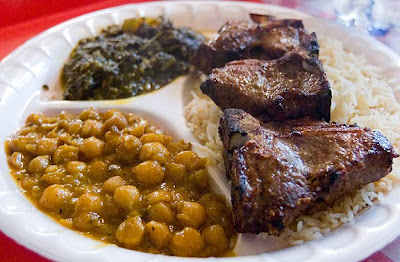 University City used to be the gravitational center of Indian food in Philadelphia. Within a few blocks of the intersection of 40th and Chestnut, there was a large array of choices. Sure, they were mostly pretty similar in style and toned-down in that student-discount-buffet kind of way, but there was some good food lurking among the lukewarm curries. A few of those places remain, but the recent buzz about Indian food has been focused further east, surrounding places like Tiffin, Ektar, and King of Tandoor. But the West Philly spots should not be ignored, especially the somewhat anomalous Kabobeesh.

Although it's been in business in the former American Diner at the corner of 42nd and Chestnut for several years, it's not one of the old school West Philly places. It's newer than most of those, and it's Pakistani, rather than North Indian as most of the spots in the neighborhood are. There's no buffet, no predictable menu of the usual North Indian dishes. As the name implies, this place specializes in kabobs, and grilled meats. The meat is halal, and it's the centerpiece here. Sure, there are appetizers such as samosas, some vegetable dishes, and a few curries that you might find elsewhere, but the real reason to come here is for the kabobs. 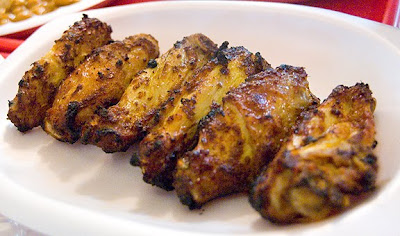 One of the real surprises is that this place makes amazing chicken wings! They're profoundly juicy, and smoky from the grill. There's no breading, and no sauce to speak of, yet they're among the most flavorful wings I've ever encountered, with just a touch of spice.

Service here is very casual: you seat yourself, you order and pick-up at the counter, the food is served on styrofoam plates. Correspondingly, the prices are low - amazingly low for the quality of food that is being served - the kabobs are $10.50 or less.

Most dishes are served with rice, naan, salad, and a vegetable side from the steamtable. The accompaniments are all pretty good, so just pick whatever looks appealing. For the meats themselves, it's hard to go wrong. The lamb chops (pictured at top) are tender and juicy. The cubes of lamb are almost as good. The diced beef formed into sausage-like Resham Kebabs is not quite as luxurious, but still tasty. 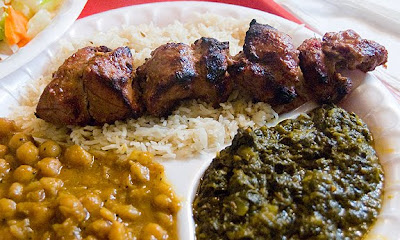 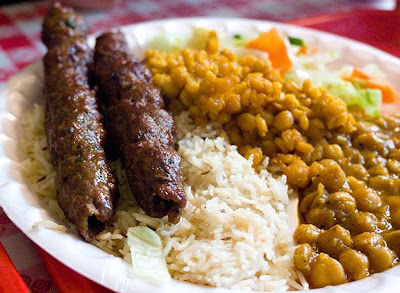 Tandoori Chicken is among the best I've ever had - I'm not even sure they use a tandoor, I suspect they may simply grill it along with the skewers, but the marinade and spicing results in a traditional flavor, and impressive moistness. 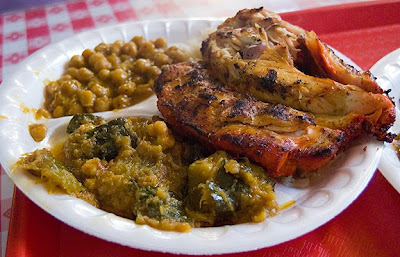 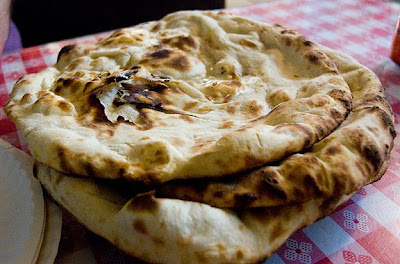 They offer a special long-cooked Chicken or Mutton Karahi, but they require 25 minutes for the chicken dish, an hour for the mutton, and I've never had the patience to wait... yet...

It's easy to eat entirely too much delicious grilled meat for less than $20 per person here, or if one wanted something lighter, there are "snacks" such as a kebab rolled in naan, or single skewers of meat for as little as $5.50. But at least for me, the appeal of the place is not the affordability, it's the quality of the food. It's not a fancy place, but the flavors are operating on a much more sophisticated level than the setting would suggest.